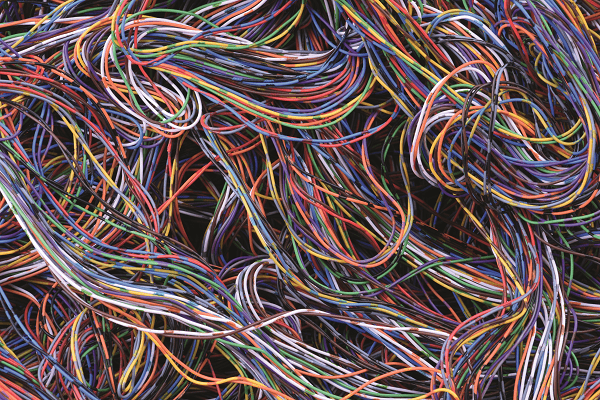 The ‘internet of things’ and wireless technology have necessitated an updated Standard for communications cabling. Murray Teale explains.

Telecommunications cabling Standards are about to undergo a generational change. The amended base document for  AS/NZS 3080 has already been adopted internationally.
In part, the restructuring of the Standards is to address changes brought about by the ‘internet of things’, or IoT.

Previously independent devices are being connected to the internet to allow better automation and data collection in customer premises and associated precincts.

The other driver for change has been the move to wireless devices – laptops, other personal communication devices and some ‘intelligent building’ devices.

On the other hand, optical fibre cabling provides support for higher network speed, enhanced security and greater distance. However, it is not cost effective in delivering enough power for the operation of all active equipment.

Some vendors have overcome this limitation to an extent by developing cable with an optical fibre core for communications and copper cabling for power.

The international Standard ISO/IEC 11801 series was published in 2017, making Australia and New Zealand out of step with the rest of the world. Consequently, the joint Australian and New Zealand Standards group (CT001) project has been approved for the adoption of the new series.

Each one of these other parts has:

Along with changes to the document structure, there are updated introductions and a few ‘retirements’ of cables, components, and channels and links.

OM1 and OM2 have been ‘grandfathered’ and their associated requirements moved to an informative annex to allow for extension to legacy systems.

This means that 62.5µm cable is no longer supported for new installations – 50µm offers extended range and is optimised for laser launch conditions.

OS1 has been replaced by OS1a, which is a three window fibre. Put simply, it has optical attenuation requirements at 1,310nm, 1,483nm and 1,550nm. The attenuation of OS1a across all wavelengths is 1dB/km. As with OS2 there is no requirement to test at 1,383nm.

OM5 has been introduced. It has the same modal bandwidth (speed) as OM4 at 850nm and 1,300nm but is designed to carry wavelength division multiplexing applications operating between 850nm and 953nm.

This potentially offers greater bandwidth over multi-mode cabling and/or a lower core count to achieve the same bandwidth.

Two Category 8 cables and component types have been introduced. They are classified as Category 8.1 and Category 8.2 to support Class I and Class II channels to 30m (26m permanent links). The introduction of Part 6 Distributed Building Services brings about a fundamental change in the deliverables of generic cabling for customer premises Standards.

AS/NZS3080 aimed to support user voice and data requirements in the user’s work area and specified two outlets for every 10m square.

The new Standard looks to service connections outside the work area, typically in the ceiling space.

Type A uses typical generic cabling presented at the device as a telecommunications outlet. The connection to a device using Type A is via patch cables. This telecommunications outlet (TO) is called a services outlet (SO) in the new Standard and is specified as a minimum of a class EA channel (typically Category 6A cable and components). Type B uses typical generic cabling that presents at consolidation points to allow for the connection of non-generic cabling. This consolidation point is called a service concentration point (SCP) in the Standard and is specified as a minimum performance level of a class EA channel. The SCP can have a pigtail termination – allowing for direct termination of devices such as cameras and WAPs – or a cable connected directly to the device controller or device. There are several issues relating to the implementation of the Standard
in Australia.

The first is that cabling extending past the SCP is customer cabling. Whether it is fixed or concealed it will need to be installed in accordance with the mandatory Standard AS/CA S009. The other issue relates to the connection of pigtails to the SCP. The performance Standard and associated requirements are specified only for the SCP. There are no test methods defined for the patch panel to plug in cabling that will support devices such as cameras and WAPs.

It is hoped that the adoption of ISO/IEC 11801-1 will include a test method and associated limits for modified links to help define a Standard requirement. AS/NZS 3080 and the mandatory AS/CA S009 and AS/CA S008 are all due to be amended this year.