The best electrical projects of 2016 honoured

State winners from across Australia attended this year’s event at the Hyatt Hotel, Canberra and heard from guest speaker Education and Employment Legislation Committee chair of senate Bridget McKenzie about skills development, reforms to the vocational education and training sector and the need for the return of the Australian Building and Construction Commission.

“So it was even more challenging for our judges to decide on the national winners.

“NECA thanks all the national finalists, congratulates the 2016 winners and acknowledges the ongoing support of the industry in making the Awards such a resounding success – particularly our sponsors.”

The winning and commended projects are listed below: 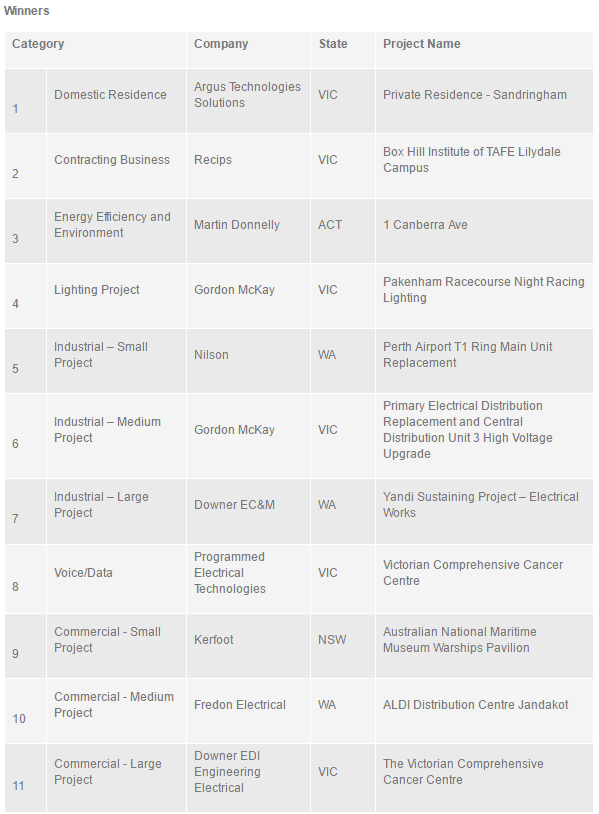